Eurus Group has been progressing in its development of the Eurus Kamikatsu-Kamiyama Wind Farm (referred to below as Kamikatsu-Kamiyama WF) (total output 34.5MW) in Tokushima Prefecture, spanning from Kamikatsu Town in the Katsuura District to near Kamiyama Town in the Myozai District. Accordingly, the ground breaking ceremony for the project was held in Kamikatsu Town on February 15th, with local government officials and construction participants in attendance.

Kamikatsu-Kamiyama WF will be situated along a ridgeline with an altitude of approximately 900 to 1,000m, and have 15 wind turbines manufactured by Enercon with an output of 2.3MW each. It is Eurus Group’s second wind farm project in the prefecture following Okawara Wind Farm (total output 19.5MW). The plant is planned start commercial operation in April, 2022. This project is expected to generate a total amount of electric power equal to the power consumption of approximately 17,000 average households. The CO2 reduction effect of the project is estimated to be about 38,000 tons a year.

Tokushima Prefecture has drawn up its “Promotion Strategy for Renewable Energy Prefecture Tokushima” and is actively pushing the implementation of natural energy. The Kamikatsu-Kamiyama WF is makes use of a section of the candidate locations for wind power generation plants that have been chosen by the prefecture as a part of this strategy. 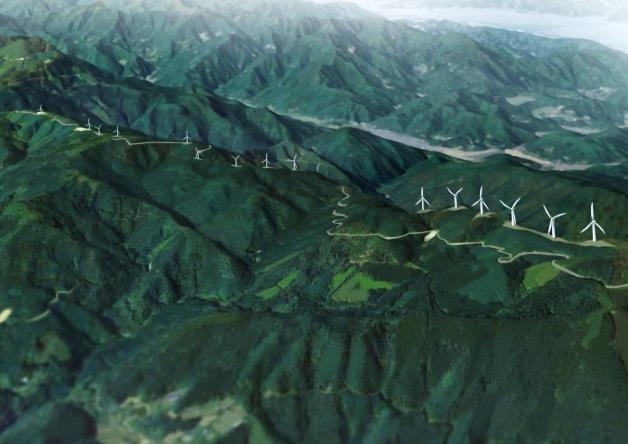 Outline of the Project 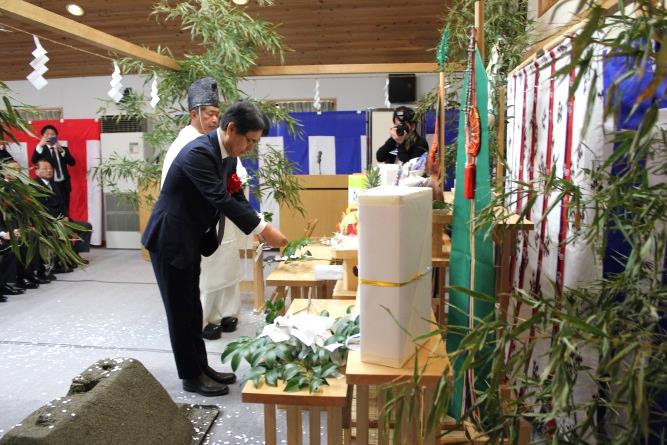